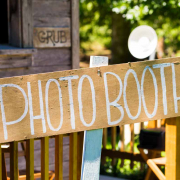 Starting a photo booth business is one of the hottest business ideas for freelancers and independent contractors that want to make extra money in their spare time. For professional photographers and those that work weddings and other events, it’s a great way to increase your revenue while offering a simple add on product. All it takes is a portable photo booth to start your own photo booth business, and most photo booths sold today are hardly as difficult to transport and set up as photo booths in years past.

If you’re wondering how to start a photo booth business, you’ll need a modern photo booth, reliable transportation to and from your events and clients that have an interest in this hot new offering. Even if you already have an existing business, such as a restaurant, bar, club or event hall, buying a photo booth machine is a great business opportunity, and you’ll get a passive form of income that you can add to the books at the end of each day.

But if you’ve considered starting a photo booth business you’ve likely come across information online about newer and trendy 360 photo booths. They’re immensely popular and are able to shoot a unique 360 view that is generated via a platform with an arm attached that swivels around the subjects. If you’ve always wanted to capture that intriguing 360 view, a 360 photo booth is the only way to do that.

One type of 360 photo booth is powered. It comes with everything you need to take 360 video, complete with a platform, rotating arm and a motor that powers it all — just supply the user’s phone. However, they also tend to be significantly more expensive to own, as well as more complicated to run and maintain.

There’s also a manual form of the 360 photo booth, which features the same kind of platform and rotating arm, but without the costly motor, complicated electronics and wires and cords that need to be taped down and tucked away out of sight. That can make it ideal for events where the alcohol is flowing or children are present.

Once set up, a manual 360 photo booth works just like a powered one except that the arm must be swung around to take the shot. But, compared to a powered 360 photo booth, that’s actually a benefit because that means you can monitor the shot in action, especially if the person(s) standing on the platform have their feet or anything else over the edge, and that can help prevent accidents and damage to the photo booth.

Why a 360 Photo Booth May Not Be a Great Idea

Long-time portable photo booth business operators will tell you that you’re basically guaranteed to have operating issues with a 360 photo booth, and each time that arm and motor comes into contact with a foot or other obstacle, it’ll damage that expensive motor, raising your maintenance costs and eventually forcing you to pony up for a new motor to power your 360 photo booth. It doesn’t even take that long to break a motor — some 360 photo booths may only make it through two or three events before the motor gives out completely, and that can mean money down the drain.

Another issue with 360 photo booths is that despite warning signs and other precautions, people won’t necessarily act accordingly once you get your photo booth set up. Suffice it to say that people running on and off of the platform, even while the arm is swinging, is a common sight at events, and that can mean an accident or some kind of safety issue. Beyond the worry of someone getting injured, it’s also possible that you or your portable photo booth business will be held responsible.

If you do decide to add a 360 photo booth to your business, it’s a good idea to have everything dialed in, such as insurance, a stable of photo booths and processes that can help you get the most out of each event. If you’re lacking all that or you’re new to photo booths as a business opportunity, you may want to hold off on that purchase of a 360 photo booth until you know your precise need and how you’ll be able to insulate your business from legal issues and other challenges.

Some portable photo booth business owners report having success in setting up stanchions or other physical barriers to prevent guests or patrons from getting to close to the swivel motion of a 360 photo booth, but you’ll have to determine what works for you and your needs at each event.

What To Get Instead of a 360 Photo Booth

If you still have your heart set on a 360 photo booth, know that it’s difficult to start a photo booth business with one. Not only will you’ll likely need to pick up other photo booths to complete your offering, especially if you want to meet the expectations of your clients and their events, but a 360 photo booth may also open you up to legal liability and other issues that you’re not ready for.

Instead of a 360 photo booth, which is admittedly more of a fad than a proven business model, a traditional photo booth will still allow you to make money and spin up that side business while you’re planning your next money move. Better yet, if you add a 360 photo booth to your stable of photo booths, you’ll have more opportunities to provide interesting experiences to your clients, and that will mean more business and revenue over the long haul.

If you’re interested in getting started with a photo booth business, contact the photo booth experts at Photo Booth International. We’ve been there and done it all, and now we help entrepreneurs like you start their own photo booth businesses with all the tools and support that they need. We even provide financing to help make that next purchase possible.

8 Reasons to Buy a Photo Booth as a Wedding Photographer